Skip to content
By Taylor-TG
The Hornets will travel to Lancashire this Sunday in an attempt to build upon  momentum after their impressive 2-0 win against Brighton last week as the Premier league season commenced. Opponents Burnley will be looking to improve on a ‘non starter’ performance away to Southampton which saw both sides fail to find the net.
The Golden Boys may have the advantage over The Clarets as they’ll be pursuing  dominance in Europe as Sean Dyche’s men play just two days after facing Istanbul Buyuksehir in a 120-minute contest which saw them progress into the playoff round for qualification in the Europa League but at what cost? Although, Dyche rotated for the clash; Hart, Westwood, Hendrick, Lennon, Gudmundsson and Wood were all amongst the names that featured.
In contrast, Watford will have a fresh squad, fit and ready to battle on Sunday. In response to not having Deulofeu last weekend, Gracia deployed Hughes on the right-hand side which isn’t a strong role for him- despite playing well. 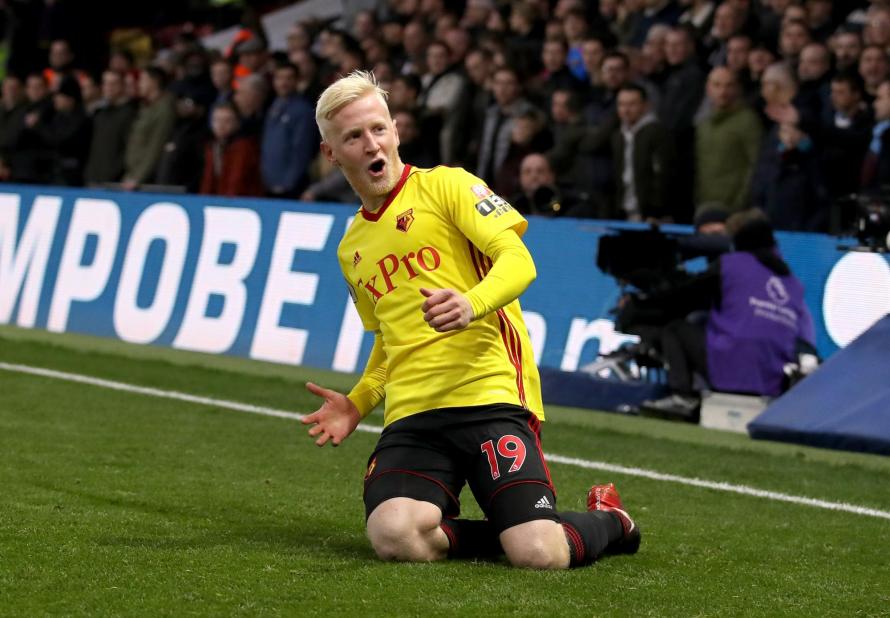 SELECTION
Gracia may have a selection headache on his hands due to the prominent full-back issue at this current time. New-signing, Adam Masina arrived from Bologna over the summer and many tagged him to be heading straight into the starting 11 but fan favourite Jose Holebas has hit form in recent weeks and has impressed fans and Head Coach alike.
Now onto the opposite side of the pitch with the Right-Back dilemma. Daryl Janmaat. A very talented player going forward who disappointingly (to many) struggles to withhold a defensive ability up against strong opposition and can regularly be exposed on the right flank. Kiko Femenia is the fans choice to start at Right-Back but many believe Gracia favours him as a winger rather than a full-back.
Sean Dyche also withholds selection issues of his own with how he can maneuver new signing, Ben Gibson into the team with the likes of Tarkowski and Ben Mee being a solid pairing at the back.
Whoever plays alongside Chris Wood is also up for debate as Hendrick started against Southampton last weekend but failed to make an impact- perhaps Vokes and Barnes would be better suited as they withhold a broader experience in front of goal in the Premier League.
INJURY REPORT
Burnley – Lindegaard, Pope, Brady and Defour are all officially ruled out of contention.
Watford – Chalobah and Deulofeu recently returned to training but not likely to start the match. Wilmot, Cleverley, Okaka and Kaboul are also officially ruled out of contention.
Predicted Starting Line-ups
Burnley – Hart; Lowton, Tarkowski, Mee, Ward; Lennon, Westwood, Cork, Gudmundsson; Wood, Vokes.
Watford – Foster; Janmaat, Kabasele, Cathcart, Holebas; Doucoure, Capoue; Pererya, Hughes; Gray, Deeney.
I see an unchanged side from Watford’s perspective after Javi Gracia gave hints to his line-up after speaking to the media on Friday night. For Burnley, they’ll look to keep things recognisable, similar to the Southampton game besides a potential tweak up front.
HEAD TO HEAD
Burnley overall, have seen joy regularly when coming up against the Hornets winning 19 times, losing 12 and drawing 9.
Since both sides made a return to the Premier League, they’ve faced off on four occasions Burnley winning 3 and losing just the once.
PREDICTION
I think due to Burnley’s strong defensive unit and structured shape it will be hard for Watford to break down, especially considering the Golden Boy’s appalling away record under Javi Gracia, scoring 0 goals and picking up just 1 point since he took charge in late January. Taking all factors into account I’m going with a 1-1, each side sharing the spoils.
Advertisement

View all posts by horneteffect